Anti-inflammatory Treatment for Dogs and Cats

In order to understand anti-inflammatory treatment, it is essential to know what inflammation is.  Inflammation is a swelling which occurs when the body is diseased or sustains injury, or is affected by infection, and is a part of the body’s immune system response. This automatic response is a sign that the body is trying to remove the irritant, and trying to heal. 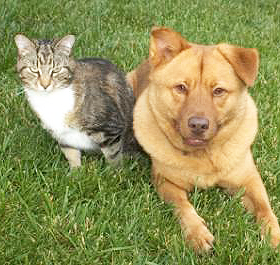 Often associated with pain, the reason pain accompanies inflammation is that the swelling applies pressure on nerve endings, and also the body releases chemical substances that send electrical impulses, which are interpreted as pain. Not all pain is bad. Pain is a sign that the body is attempting to do its job of repairing itself, and also an indicator to perhaps take it easy while healing.

An anti-inflammatory is generally synonymous with pain reliever. It is the natural impulse for humans to think of the common solutions for pain relief that they would take. Checking in your medicine cabinet, you may find aspirin, ibuprofen, naproxen, acetaminophen, and any number of similar drugs. All these, except for acetaminophen, are non-steroidal. However, prescribed or OTC drugs (over-the-counter drugs), regardless of type, should never be administered to your pet(s) before seeking veterinarian advice. Hence, we once again advise anyone responding to pet pain or inflammation to always start with a visit to your veterinarian.

According to the ASPCA Animal Poison Control Center, there are thousands of cases reported per year regarding negative reaction to non-steroidal anti-inflammatory drugs (NSAIDs) per year. NSAIDs are the treatments most often prescribed for inflammation. Yet, even in the commonly prescribed medications, negative reactions may occur. Also, there are steroid based drugs, or corticosteroids, all of which have their associated risks. More and more, prescription is leaning toward NSAID drugs. Furthermore, combining these types of medical treatments is generally not recommended. However, under certain conditions, a vet may prescribe them concurrently.

NSAIDs and corticosteroids are the most common types of medications prescribed as anti-inflammatory treatment. Using any of these, it must be noted that they can have serious side effects which may lead to damage of other vital organs, such as the stomach, kidneys, and liver. Corticosteroids, in particular, are best used for emergencies rather than chronic treatment, where alternate solutions are possible.

Corticosteroids are produced naturally in the body, but normally in very small amounts. Corticosteroids as they are prescribed by your vet will “mimic” these natural steroids, but are a much more highly concentrated state. Since the side effects are so serious, as steroids can indiscriminately affect all organs of the body to some extent, a prescription is required. The kidney and liver are particularly at risk for damage, which could lead to kidney and/or liver failure. Also, stomach and intestinal ulcers are a major concern. Hence, there are products that can be prescribed which help protect the kidneys and liver while corticosteroids are used.

By and large, NSAIDs are the preferred treatment as anti-inflammatory options. Like other options, there benefits as well as risks. Anti-inflammatory drugs, even NSAIDs, are mostly prescribed to dogs, and many vets decline to prescribe them for cats altogether. However, under certain circumstances, when weighing the risks against benefits, NSAIDs may be considered for your pets – dogs or cats.

Remember to start with PROFESSIONAL HELP:

As always, prescribing treatment starts with accurately assessing the patient in a thorough examination by a qualified veterinarian. And attempting to ease the pain and inflammation without proper consultation, and applying any medications as a result of guess work, or non-professional suggestion is extremely ill-advised.

Your vet will know what testing is needed to properly diagnose your pets’ issues, and will be able to explain to you the pros and cons of treatment. Once determined that a condition calls for the use of an NSAID, be sure to follow the directions established by your vet, and to watch for any symptoms of negative side effects.

NSAIDs have three main effects, which are anti-pyretic, analgesic, and anti-inflammatory. These three terms refer to reduction of fever, reduction of pain, and reduction of inflammation, in that order. These are the symptoms that result when the body is affected by injury or infection. In response, the body produces two types of molecules in its tissue membrane, called prostaglandins, which serve two functions – 1) promote pain; 2) promote normal cellular function. NSAIDs block the production of prostaglandins. By simple deduction, it can be reasoned that while NSAIDs are valuable in reducing pain, they also reduce the ability for some cells to function properly. This details the main reason for proper examination and diagnosis, as well as effective prescribing of treatment. Although NSAIDs can help healing, they can also be very damaging.

One of the most common ailments treated with NSAIDs is arthritis, most often as osteoarthritis or rheumatoid arthritis. They are also used for inflammation in the eye, knee ligament injury (cruciate disease), dislocated knee, abnormal joint cartilage development, spinal arthritis, and cancer pain.

Some simple things to remember:

ACETAMINOPHEN is NOT an anti-inflammatory, and is known to cause severe liver damage in dogs, and red blood cell damage (red blood cells can lose their ability to carry oxygen) in cats. So, just DON’T!

For ANY NSAID use, check regularly for the following symptoms.
If you experience any of them, discontinue use of drug, and call your vet.

Irvine Compounding Pharmacy endorses the prescription of NSAIDs, with one in particular a showing promising result record. As an anti-inflammatory, Piroxicam has proven to be very effective, with reasonable and acceptable side effects. Corresponding to an earlier statement, one of the most common applications of NSAIDs and Piroxicam are treatment for arthritis inflammation and pain. With controlled pain, pets are more likely to exercise, which helps in maintaining muscle strength. In turn, better muscle strength assists in holding the joints in correct alignment, which may reduce pain even more. Hence, for arthritis, the benefits can compound themselves.

Prescribing medication of any kind is meant to improve overall quality of life for our pets. Once the appropriate prescription is made, we are happy to do our job of making sure the right anti-inflammatory and pain medication is efficiently placed in your hands. 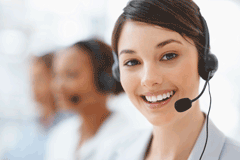